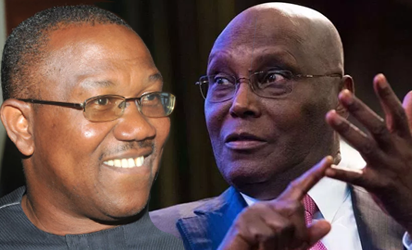 The coalition said its candidate has not formed a political alliance with anyone.

Speaking to journalists in Bauchi on Monday, Obidatti Coalition chairman Elder Musa Abel described the development as a deliberate attempt to confuse the LP’s teeming supporters in the state.

“The attention of the Coalition of Obidatti Support groups in Bauchi State has been drawn to a deliberate disinformation campaign carried out by some individuals determined to mislead the teeming Obidients in Bauchi State. It is intended to frustrate HE Peter Obi’s clear victory in the presidential election.

“This is an attempt to capitalize on the popularity of HE Peter Obi, the Labor Party presidential candidate, and align him with another party to our detriment. They claim these were posters from 2019 and that the individuals who posted them were unaware that HE Peter Obi is no longer in the PDP raises serious concerns.

“Peter Obi and Senator Yusuf Ahmed Datti are soaring in popularity as Nigerians clamor for a real turnaround. We are calling on our teeming support groups to step up campaign mobilization and awareness, especially at grassroots level as we consolidate our gains,” he said.

OSUN GOV TRIBUNAL JUDGMENT: Opponents of BVAS out to discredit it — Igini