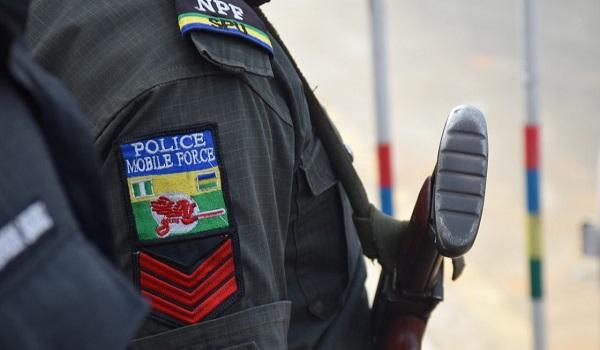 A police officer was reportedly shot dead inside the premises of one of the new generation banks along DSP Alamieyeseigha Road in Yenagoa, the capital of Bayelsa state. The dead staff’s service rifle was stolen by its attacker. The incident happened around 10 p.m. Thursday.

The suspected cop killer, it was further learned, was introduced by the deceased to officials at the bank as his blood relative last week and identified as David. According to sources, the suspected killer was staying at the bank premises where the police officer was posted. “The incident happened when they were both eating.

While the policeman left his gun on the couch and was washing the spoons needed for the meal, the killer picked up the gun and shot him in the back at close range,” a source said. He was rushed to Federal Medical Center, where he was confirmed dead the next day.

According to the source, the police are already investigating the incident and are trying to find the missing gun. Contacted, state police spokesman Asinim Butswat confirmed the tragic incident. Butswat said: “On December 29, 2022, a police officer, Cpl Bob, who was on duty at a bank in Yenagoa, strayed from his post and was attacked by someone he was having a conversation with outside the bank building. The identity of the suspect is known and is being investigated

See Photos of Rita Edochie’s Daughter That Got Married (Photos)