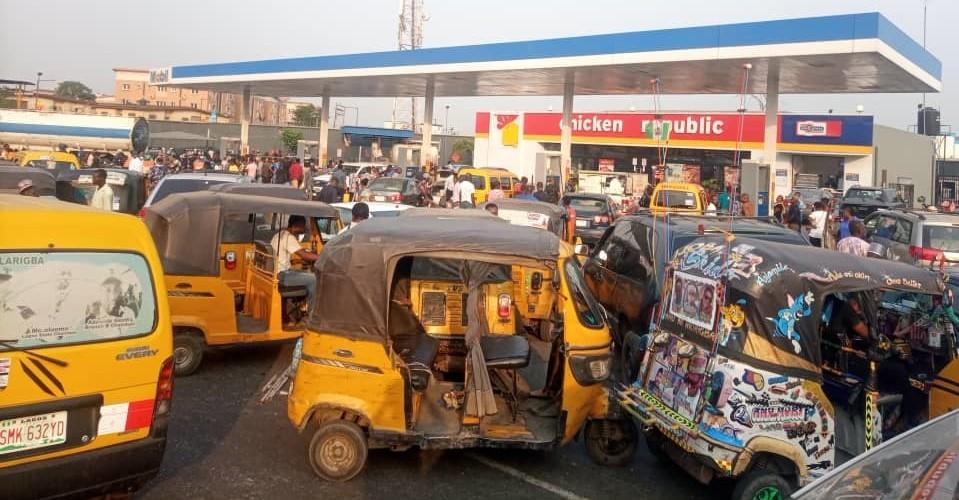 DESPITE the closure of seven private depots, others remained adamant and sold petrol above the N148 per liter official depot price to independent oil traders across the country.

The regulator, the Nigerian Midstream and Downstream Petroleum Regulatory Authority, NMDPRA, had last week shut down private depots including Rainoil, Ardova, TCL, Bluefin and NEPAL from selling the regulated product in excess of N200 per litre.

But checks by Vanguard in Lagos, Port Harcourt, Calabar and Warri showed that other private depots have remained undeterred and continue to sell the product at between N215 and N225 per litre.

In particular, a visit to some of the private depots showed that those who had the product were selling more than the government’s regulated price of N148 per liter to marketers.

Consequently, independent oil sellers, who marketed gasoline at such high prices, ended up selling it at higher prices to motorists and other users in different parts of the country.

In Lagos, the independent marketers continued to sell between N230 and N300 per litre, while their main counterparts and the Nigerian National Petroleum Company Limited sold for N170.

The situation remained the same in Owerri, Imo State, when Lagos-based Executive Director of Spaces for Change, Victoria Ibezim-Ohaeri, who visited the area, revealed in a telephone interview that “most fuel stations charge between N300 and N450 per liter to sell. in Owerri, the capital of Imo state. I bought it for N450 per litre.

Similarly, in Awka, Anambra state, on the first day of 2023 there was unusually little traffic on the roads in most towns in the state as petrol was sold for N300 and more per litre.

The development forced most vehicle owners to park them, slowing down movement in the state.

For some time now, gas stations have been adjusting their pumps on a daily basis until many people said they could no longer afford to keep their cars on the road.

At a gas station, opposite the Amawbia flyover in the state capital of Anambra, attendants adjusted the price from N300 to N320 per liter in the presence of the people in line.

It was also noted that most gas stations stopped selling gasoline on the eve of the new year, frustrating people who had planned various activities, including weddings and funeral ceremonies, for that period.

As a result, transportation rates in the state have risen astronomically. Also, people traveling from Anambra State to other parts of the country pay almost three times as much as before.

For example, a journey from Onitsha to Awka, formerly N500, was increased to N1000, while intra-city transport increased from N100 to N300 in the major towns of Awka, Onitsha and Nnewi.

An official, Mr. Okechukwu Onuma, said he had decided to suspend his planned trip to his village because he could no longer afford the cost of refueling his car.

“It was a tough decision to make, but I had to make it because there are bills to pay this month, including school fees and house rent.

“In fact, the increase in the price of fuel was a blessing in disguise for me, because I could have spent so much money in the village,” he said.

Meanwhile, prices of food and basic services remained high across the country, driven by the high price of gasoline.

For example, the price of 50 kg of rice remained high at between N40,000 and N50,000, depending on location and transportation costs.

However, the Nigerian National Petroleum Company, NNPC, has completed the process to enable independent marketers to purchase directly from the NNPC Retail.

In an interview with Vanguard yesterday, the President of the Independent Petroleum Marketers Association of Nigeria, IPMAN, Mr. Chinedu Okonkwo said, “Independent marketers continue to buy petrol from private depots for over N200 per litre. But there is hope. I just discussed this with the general manager of NNPC Retail.

He said an app has been installed to improve the migration of our members to the NNPC Retail. This is a good development and we hope our members will soon be able to source directly from NNPC.”

Officials from the Nigerian Midstream Downstream Petroleum Regulatory Authority, NMDPRA, were not visible at outlets visited over the weekend, creating an atmosphere for operators involved in diversion and arbitrary pricing to exploit motorists and other buyers.

However, speaking to journalists on New Year’s Eve in Abuja, the NMDPRA Chief Executive, Engr. Farouk Ahmed, had said, “As a government and regulators, we had several engagements with all stakeholders including the major marketers, independent marketers, carriers, the suppliers, the NNPC and other interested parties to see how we can address distribution bottlenecks.”