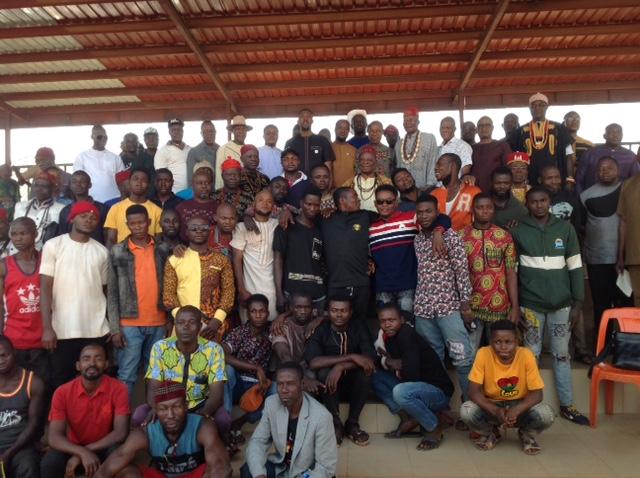 Peace returned to the local government area of ​​Igbo-Eze North, Enugu state, after several months of unrest and insecurity as 41 youths who had previously turned militant embraced peace, surrendered their weapons and were granted amnesty by the state government.

The event held at Igbo-Eze North LGA Pavilion, Ogrute, Enugu –Ezike marked a turning point in the various peace and stability efforts pursued by various stakeholders from the area for several months.

During the peace talks, Igbo-Eze North LGA Chairman Prince Ejike Itodo described the event as the most important of all and the highlight of the area’s Christmas and New Year celebrations.

He described peace and security as the beauty of government and thanked those who are passionate about a better Igbo-Eze North, noting that the significance of the event was that the people of Igbo-Eze North have sent the devil and his agents .

He therefore praised the astuteness of the leadership of the Executive Governor of Enugu State/Enugu North’s Senate Candidate for the 2023 General Election, Rt. Hon. Ifeanyi Ugwuanyi, who, due to his peaceful nature, decided to curb the continuing insecurity in Igbo-Eze North by amnestying all youths who have repented and dropped their weapons.

Prince Itodo thanked the stakeholders present for sacrificing their time to witness the program and then advised the repentant youth to spread the good news to others at large so that they could repent and reunite with their community.

“Today is an important day in the Igbo-Eze North City Council. It is important for us to work together to find peace and fight insecurity in the area. We appreciate Our Excellency, the Peace-loving Governor, Rt. Hon Ifeanyi Ugwuanyi for restoring peace to the area

Chief Alexander Uramah, PDP Chairman, Igbo-Eze North Chapter, believed that the cause of the uncertainty is unemployment and expressed satisfaction with the gesture of Governor Ifeanyi Ugwuanyi and Hon. Prince Itodo in curbing the threat.

Some of the repentant youths, such as Ogbonna Okonkwo from Aguibeje, Odinaka Odo from Olido and Somadina Omeje, popularly known as King George Bush from Umuogboagu, who spoke on behalf of the youths in their separate speeches, regretted their actions and blamed to the devil and promised to turn into new leaves and be part of the peace process pursued by the government and the meaningful people of Igboeze North.